I Had No Attachment to Her House 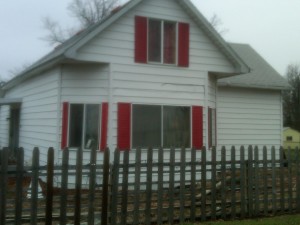 What was clearing out her home like for you?

“Clearing out her house wasn’t emotional; I had no attachment to this house or the stuff in it. It’s the house we grew up in, and as an adult when I visited, the memories weren’t all that pleasant.

We all pitched in.  Every now and then there was something that one of us wanted, but not much.  There was no conflict among us.  My daughter was so upset over what happened that she wanted nothing.  One grandchild wanted some things and I said that all of the grandchildren should have some things then.  One brother hired a mover to take the furniture.  When I left, the feeling was surreal—that’s the only word I can use.”

Resolving Her Grief is a Complicated Process

Are you able to move on, to resolve your grief and feelings of betrayal?

“I feel sort of stuck right now.  I’m really sad for my mom for her inability to love all of her life. And I’m angry at what she did to us and the position she put my daughter in.  It was just such a shock. It’s hard to really grieve for her when this was her last act towards us.”

Helen doesn’t feel that her grief is normal because of her anger. She is considering seeing a therapist to help with her anger.

Might you have felt differently had your mother shared with you all ahead of time her plans to leave her money to charity, and her reasons for doing so?  For example, if this had really been something in her heart that she wanted to do? 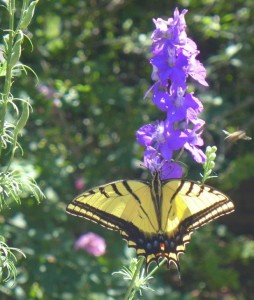 Helen agreed it would have felt much more acceptable if she had sat them down and explained what she was doing and why.

Are you certain it was a hateful act?  Was your mom philanthropic when she was alive? Could there have been a positive motivation?

“No,” she said, with soft emphasis and sadness in her voice.  I could hear bewilderment in Helen’s tone, as though she is still trying to figure it out.

“I talked to one of her closest friends of 50 years to try to gain some understanding of why my mom would do such a hateful thing to us.  It was the way she kept it a secret from all of us that was so difficult.  Her friend told me that my mom never felt appreciated by us; that maybe this was her way of feeling she could make a difference somewhere and be appreciated.

I hoped that with her last act she would somehow make it okay with us; let us know it was all okay.  That we were loved, that we were enough.”

I can tell that for Helen her Mom’s last act and its’ secrecy felt like a final lack of acknowledgement; a lack of letting Helen know she was loved—that she was enough. Helen’s voice sounded resigned, sad—so hurt.

Just remember, Helen, you were a good daughter.

“Thank you for that.”

Have you found support for processing your grief and all that happened?

“I talk to friends, although I have a hard time discussing it with my closest friend.  Her parents left her everything, lots of money, and I think she just can’t relate when I bring it up.  She says nothing and that’s hard.”

Processing a heartbreaking and confusing relationship like Helen had with her mother is when we really need our friends to hear us and receive where we are coming from.  Trying to come to grips with her mom leaving nothing to her, and what that meant to her about herself as a person, cries for empathy and compassion from those who know and care about Helen.

Do you have a spiritual or religious connection that helped you cope with your mom’s illness and death, or with your shock at how she handled her estate?

“We’re Jewish, but I’m not religious or spiritual, really. Maybe I’d handle all of this better if I was.  I don’t believe in an afterlife.”

Did you have any unusual or unexplainable experiences after your mom passed—what some people might call ‘paranormal?’

“No!  I’d think I was crazy if something like this happened!  I’d love to have a conversation with my mom, but that’s not going to happen.”

Helen is so sorry to be left with feeling like a “bad child” and “not enough.”

“I think it’s easier when the relationship is not like the one with my mom; where one is acknowledged for what they do and when one feels loved.”

For folks just coming into the care of their aging parents, Helen advises you to “resolve things with your parents before they die.  Even if you bring it up and they avoid it, push it.  Make them.  It’s so hard otherwise.”