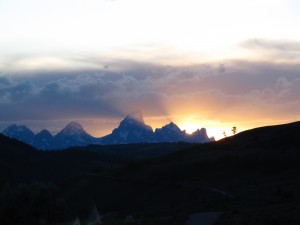 Part 1 of this excerpt from Chapter 5 in my book, Final Years Stories of Parent Care, Loss and Lives Changed can be read at this link on my blog:

Mom Wasn’t Upset When I Left for College

What did you find most difficult about your mom, as a child growing up and as an adult?

“Boy.  They’re two separate entities, really, in my mind.  Growing up, I really didn’t feel like I had a bad mom.  I was not acutely aware of it.

I remember the day I left for college, my mom just said, ‘goodbye.’  I was the last kid to leave, and I remember being slightly struck at the time that she didn’t seem upset that I was leaving.

I got a ride from a friend who I went to high school with.  He picked me up and we drove out to New Mexico together to go to college.  Just the fact that she didn’t go with me, and she wasn’t upset …  Again, I was not that aware of it at the time.  I think I was just sort of glad to leave.  It’s looking back now as a mother and knowing how it ripped my heart out when my kids left for college—it’s a big piece of you.  It hurts me that she wasn’t upset when I left.”

I certainly understand that.  And I’m going to play devil’s advocate for a minute.  That was also a generation who didn’t always express their feelings.  For example, I know that my mom was upset when I left for college, and when I moved to Colorado.  But I also know that she tried to keep it together for me.  To challenge you a little, is there any possibility that your mom was trying to act like it was fine, and when you left, she bawled her eyes out?

“I have no idea and unfortunately, I can’t ask her now.  Yes, it’s possible.  That’s comforting to think that maybe she was upset, so that was kind of you to bring that up.

I really don’t remember anything being difficult when I was a child.  I think our relationship became more difficult when I got married, which was when I was 30—things might have started to change then.  They were better when I was in my 20’s than they were later in our relationship.  I don’t know why that is.  I think things going on in her life made her personally more miserable, and a piece of it way down deep inside was probably that she was jealous of me, because even though I was newly married, her marriage had fallen apart, and she really had nothing.  She had no career to keep her occupied. She never went to college, and she always regretted it.  She was very bright, and could have gone later, but she didn’t.  I think that both my sister and I really were the objects of a lot of jealousy on her part because we had careers, which she never had.”

“I think she was envious of my sister and me for having fulfilling careers; and that our children weren’t our whole lives, like we were in her life.

My dad said she just became a miserable human being after the kids left, and that’s when they split up.  He said he couldn’t stand it anymore.  He said she was very happy when the kids were home and growing up, and she had a role; they were happy then, but that all fell apart when we left.”

So you were her identity.

“ Yes, she was very proud of her children and it gave her a reason to be, he said.”

That has to be tough to feel her jealousy.

“Yeah, it wasn’t outward—it was veiled.  But, clearly, clearly now, I can see it,

Especially now that you have your own kids to compare to when you look back? 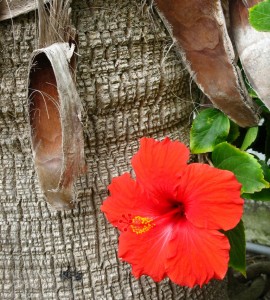 It sounded like your folks, when you were younger, got along fine.

“Oh, they did.  My friends used to comment on how sweet it was that my dad, every day, when he came home from work, would take my mother in his arms and give her a hug and a kiss.  Sometimes my friends would come over, and my mom would be sitting in my dad’s lap in the big armchair.  Nobody else’s parents acted like that so they always remarked on it.  About how sweet that was.  So they were happy when we were growing up.

I was 22 years old and in my last year of college when my mom and dad divorced; parental divorce is not easier after you’re grown as many people may think, because you have to go back and visit both parents.

Sometimes my siblings and I went to CA to visit, and we’d stay with my mom almost the whole time.  We didn’t go see my dad because my mom never felt like we did enough for her; that we weren’t there for her after the divorce.  She felt her children deserted her by leaving California after her divorce from Dad.  I told her it wasn’t about her; that this is just how things were these days; kids leave home and have their own lives in other parts of the country.  That is just the way it is.  I told her that wasn’t my job as her child to be there for her.”

So your mom induced guilt to the point that you and your siblings didn’t go see your dad?

Was it ever enough?

“Enough time with her?”

For her, from her perspective?

Going out to eat with her—which makes me furious now because now I know how much money she had—no one ever knew because she was so secretive about it.  But if she felt someone had more money than she did, she felt they should buy her dinner.  And it just infuriates me, because I wouldn’t dream of letting my children pay for dinner.  I don’t care how much money they make.  It’s just not right to me.  And when she did pay, there was always a chip on her shoulder.  I mean a visible chip on her shoulder when she picked up the bill.  There was always like a scowl on her face.”

And looking back now, knowing what you know, that has to really be mystifying.

“Yes.  God knows what she was saving all her money for.  Charity, apparently.”  Helen’s sarcasm is palpable.

Did you witness your mom and dad changing and growing as individuals after they split up?

“Dad grew into another relationship.  He has been with another woman for 21 years.  She is so sweet.  Mom became more bitter.  She couldn’t love and that was so sad.  So she changed but didn’t grow.  Dad even came in to see mom when she was sick until she said, ‘I don’t want your father coming in here anymore.’”

posted by Dawn Kairns, author of Final Years and MAGGIE the Dog Who Changed My Life

(Chapter 5 Excerpt from Final Years Stories of Parent Care, Loss and Lives Changed to be continued in next post.)