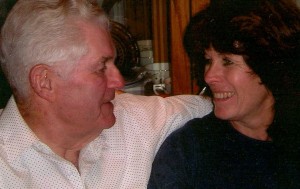 “How did you keep all this inside these past five days?” my husband Tom asked me as we drove my mom’s Subaru from Indiana back to Colorado after her memorial. I had just shared the traumatic events of my mother’s last day in the neurological Intensive Care Unit at St. Anthony’s hospital in Crown Point, Indiana. I was still in a state of shock, grateful to be talking about these dreadful, unexpected moments with my husband.

I am a nurse. I had sat at the bedside of dying patients and their families many times. Yet that could not prepare me for my own parents’ decline, or for sitting at their deathbeds. Countless times in my life I had heard people say, “My mother died” or “Oh, my father just died.” Of course I knew it would happen with my own parents at some point, but I did not have a clue what it meant. It wasn’t just losing my parents to death that was difficult for me, but experiencing all the little deaths and suffering that led up to their final passing.

My father had a long decline. Up to the beginning of the end, he was a joyful man who loved life. Watching him suffer affected me so profoundly that my life was impacted daily even though I didn’t live in the same state. Although there was physical distance between us, my psyche did not have distance from his anguish. I was taken by surprise, never imagining such torment for this man who came from a robust family without chronic illness—and who often lived into their nineties. I’m not sure what I expected, but nothing could prepare me to watch this man whom I loved so much have his life spark fade during his last five years of life.

It actually began years before we realized he was sick. He would often be gripped by sudden fatigue and we didn’t know why. My mother was not the easiest person to live with and for a long time my sister and I believed it was more of a psychological and physiological response to his feeling stuck in a situation he didn’t know how to change. It wasn’t. His illness progressed into debilitating anxiety that affected him much more than even his shortness of breath. My father died at age eighty-one from pulmonary fibrosis secondary to asbestos exposure—asbestosis, which scars the lung tissue to the point where it can no longer exchange oxygen and carbon dioxide. Unknown to Dad, he was exposed to asbestos in insulation during his years of doing construction remodels.