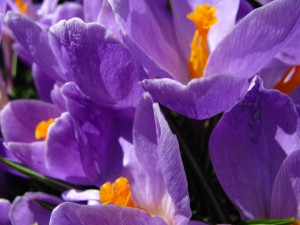 “Mr. Robert Jackson died yesterday of complications from doing a lifetime of crap that he didn’t really want to do. His condition was further complicated because he also failed to do much of any of what he did want to do. Experts reported that he died from cramming someone else’s ideas of life into his body, his brain, and his life. Attempts by Mr. Jackson to fill the void with work, cars, excessive eating, alcohol, three wives and two thousand rounds of golf, and meeting everyone else’s expectancies but his own were dismally unsuccessful. Unfortunately, this all took so much out of Mr. Jackson that he was just flat worn out and died about 20 years too soon. Miserable in his last years, he passed un-peacefully in his home. He was surrounded by colleagues from the job he hated and family members who were all just as miserable as he was.”

Taken from a book by Phil McGraw (Dr. Phil). Obituary written about a fictitious person and shared by Reverend Roger Teel.

It’s never too late to be happy and be ourselves or to follow our own dreams!